ETSEIB Motorsport, one of the most experienced teams in the Formula Student competition, uses 3D printing to revolutionize their day-to-day operations. Thanks to the BCN3D Sigmax 3D printer, the team has been able to speed up the design phase and to fabricate end-use pieces that are directly mounted on the car itself. This has allowed them to greatly reduce the car costs and shrink the lead times. They are now capable to iterate faster and get refined designs in a very straightforward workflow.

Formula Student is a competition between students from universities around the world that promotes excellence in engineering through a competition where team members design, build, test, and race a formula-type racing car.

The ETSEIB Motorsport team is made up of 40 industrial engineers from the Polytechnic University of Catalonia. This is the 10th consecutive year that they design a formula-type vehicle. For the first 4 years they made combustion cars and these past 6 years they have manufactured electric cars. 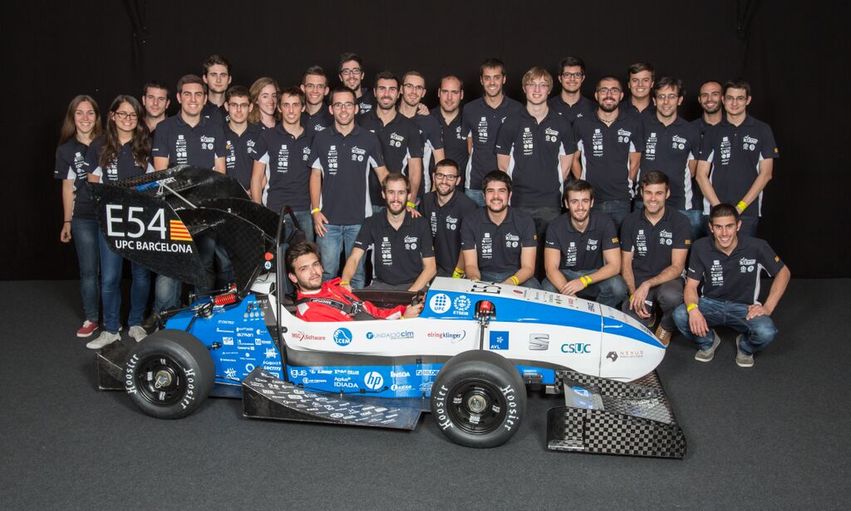 Since the ETSEIB Motorsport has incorporated 3D Printing FFF desktop technology into their day-to-day operations, their design and fabrication processes have improved drastically. Additive manufacturing has basically served them in three main areas:

· Improvement in the design validation stage:

Having a 3D printer in-house allows the engineers to print their CAD designs overnight, drastically reducing the validation and iteration time. This new procedure ensures the Formula team does not longer depend on external suppliers to fabricate their parts, allowing them to spend more time developing new ideas and concepts.

· Rapid manufacturing of cost-effective end-use parts: 3D printing has helped them to manufacture parts that are directly mounted on the car itself. Some of them are the brake ducts, several cable ties and they have even printed molds to make pieces of carbon fiber. Thanks to the BCN3D Sigmax 3D printer, the ETSEIB Motorsport team has been able to optimize their production and achieve greater efficiency.

· Reducing car cost and shrinking lead times: Finally, desktop in-house 3D printing has allowed them to reduce the costs of the car. The team has been able to produce parts quicker and at a lower cost than using traditional fabrication methods, especially in the design of unique and complex pieces. By using the BCN3D Sigmax 3D printer, the team has saved thousands of euros in the car development. The initial investment was fully paid back during the first months of usage.

BCN3D Sigmax as a workhorse manufacturing tool The team at ETSEIB Motorsport chose the BCN3D Sigmax 3D printer due to its massive printing volume. This allowed them to easily place certain parts of the car on the printing platform.

Are you interested to find out what BCN3D Sigma can do for you? Here the 3DPrinter.