Back to the future: Would You Eat A 3D Printed Pizza?

As with all 3D printing applications and aspects, 3D Food Printing is a huge hype. The 3D printing technology will be fundamental to the way people interact with food in the future. Supermarkets are already testing to 3D print customized cakes, restaurants are offering printed desserts. Some even claim that there will be a 3D food printer in every home in just two years.

This is not as far fetched as it sounds. While 3D printers have mainly been in the news for their ability to manufacture inedible goods, they are increasingly being used for culinary endeavours. 3D food printers extrude soft liquid edible matter through nozzles that build up layer by layer in patters directed by a computer program. They can pump out everything from to chocolates, confectionery, biscuits and pancakes, to pasta, pizza and other savoury snacks.

News reports and industry blogs are very positive about what 3D food printing can offer. They have covered such events as Michelin-starred chefs experimenting with 3D food printers in pop-up restaurants in Europe. Munich-based chemical company Wacker have announced a new way to 3D print gum as well as a new “Candy2Gum” process. Wacker claim to have created the first 3D printed gum, and this certainly looks like the first commercial application.

The media have also reported on the potential for 3D printing to cater for astronauts, air travellers and people in emergency situations.

Nursing homes in Europe are offering 3D printed food with jelly-like texture for residents with chewing and swallowing difficulties. Developers of 3D food printers claim that people will soon have these devices in their kitchens, helping them prepare tasty and healthy foods at home. But that’s not all. There’s also the radical idea of using insects and laboratory-grown meat in 3D printed food as a sustainable alternative to traditional protein sources.

On the other hand, Columbia University is working on a new 3D food printer that can produce and cook a variety of dishes from frozen base ingredients. They also want to introduce an element of design to home cooking that could turn cooking into an open source hub of innovation that unites people around the world on social media The likes of Foodini and Beehex are making inroads into the 3D printed food market and the company that cracks the code will be an instant smash hit. Beehex is now serving pizzas in restaurants in New York and Foodini has found its way into the hands of top chefs and catering companies that need to replicate specific shapes and textures. A company in Finland, meanwhile, is working on vending machines that will offer hot, 3D printed food. Meat and Livestock Australia also recently announced that it is looking into ways to use 3D printing to produce new meat products to extract the most value from animal carcasses. So it is not far-fetched to imagine serving a Christmas lunch with 3D printed food made from red meat and poultry, or decorative edible items made from fruit or vegetable purees, sugar or chocolate.

But would you eat it?

What do you think about 3D printed food? Would you try it, or offer it to family members or guests? Despite industry enthusiasm and investment in research and development, few studies have actually asked these questions of consumers.

To investigate these issues, The University of Canberra conducted in their own research with 30 Australians, using an online focus group. The results highlight some interesting complications in the way many people perceive 3D printed foods, and what might tempt them to try some. First of all, they found that none of the participants had heard of using 3D printing technology to make food products. As 3D printing technologies were usually associated with inedible objects made from substances such as plastic, plaster or metal, it was difficult for our participants to understand how they might work with foodstuffs.

They were initially incredulous that this technology could be used for making food and couldn’t imagine what kinds of foods would be produced. This manner of food processing was viewed as highly unnatural, with several assuming that the resulting food would be somehow “plastic” and therefore inedible.

The participants were far more positive about 3D printed carrots, pasta, pizza, chocolate and a meal with chicken and vegetables (made from “real” whole food purees) than they were about 3D printed sugar confections, meat and food made from food waste and alternative food sources such as algae and insects. Cultural beliefs about what kinds of matter are considered tasty and appropriate to eat were central in participants’ responses. While substances such as insects and algae fit consumers’ preferences for natural ingredients, these foods were considered disgusting by nearly all of the participants.

They could not imagine eating them or serving them to others. These materials were considered to be inedible according to the cultural norms of our participants, no matter how they are prepared or processed. So it wasn’t that they were 3D printed per se, but what they were printed from that affected their attitude to the food. Those participants who had ethical misgivings about eating conventionally grown meat liked the idea of 3D printed meat products. But most of the participants considered the process to be a little too much like “Frankenfood”, particularly if it involved using laboratory-cultured meat. Here it was the process of making the ingredient that was considered “unnatural”. 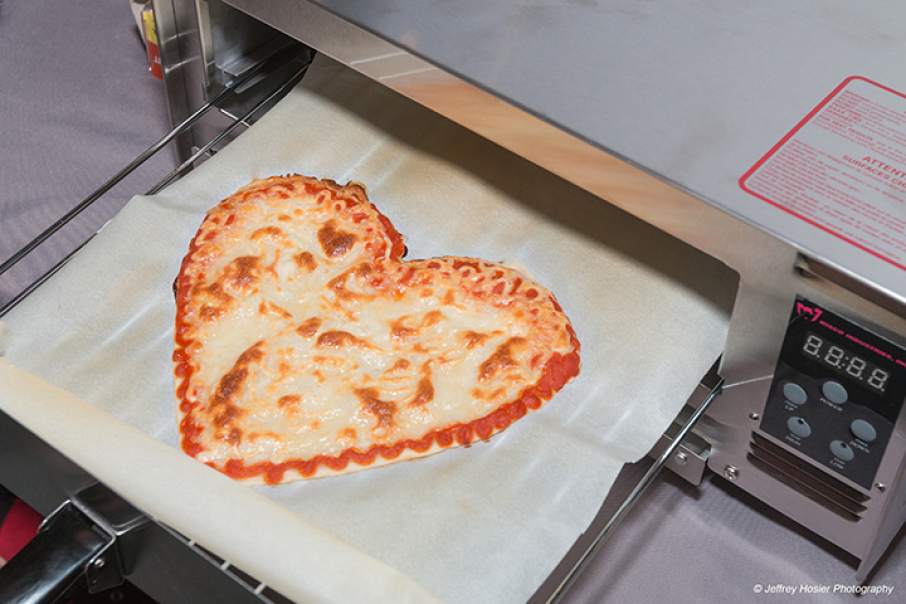 Many participants’ lack of familiarity with the 3D printing process underpinned their reservations about the safety of using food materials that would otherwise be discarded as waste. They were unsure about how the risks of food contamination and preservation would be dealt with.

Many of them also considered the healthiness of foods to be an important factor. Participants had no problem viewing 3D printed sugar confections, pizza or chocolate as potentially edible. But they did express concern about the healthiness of these foods, given their ingredients and current status as junk food.

So, if results can be generalised to the broader population, it seems many people are interested in novel food products. They will try them if they can be assured of their edibility, healthiness and safety, and have an understanding of how these products are processed and what they are made from.

But the study shows that those wishing to promote 3D printed food might have several challenges on their hands. First of all, they may need to familiarise the public with how this process works and reassure them that it is safe.

Then they might need to emphasise that 3D printed food is tasty, even if it looks unusual or is made from ingredients that are not normally considered edible by cultural standards. Only then might consumers consider the possibility of including 3D printed food as part of their lives, including at the Christmas lunch table.