EcoATM helps by providing instant cash for used devices brings its sustainable and instant service to the EU market.

Gazelle, the pioneer of reCommerce that has diverted over 19 million phones and counting from entering landfill in the US, expanded internationally with the introduction of 18 new kiosks in Europe. Based predominantly in supermarkets and shopping centres across London and the Midlands, with more installations planned in the near future, the new kiosks from Gazelle will offer a convenient trade-in service with immediate payment, and the assurance that the devices will not contribute to 'e-waste' or end up in landfill. 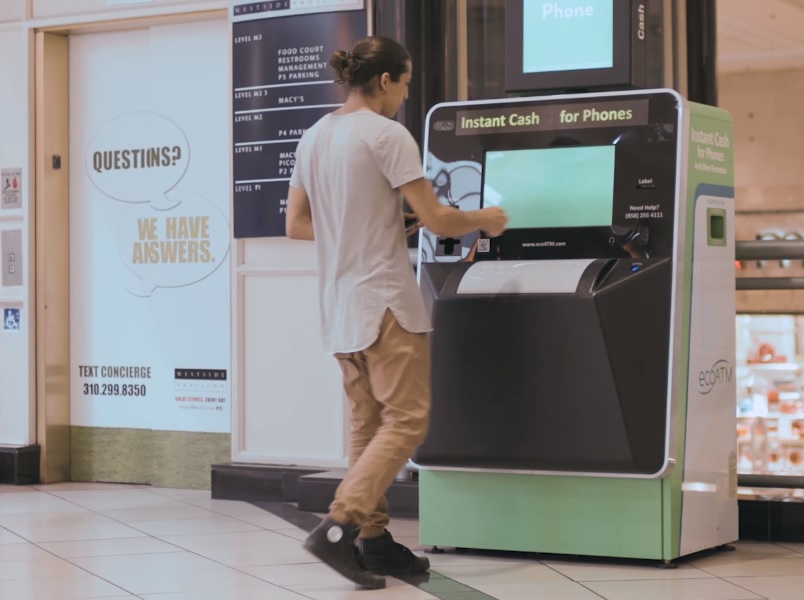 "Gazelle is about instant reward for both its customers and the environment," explained Yanyan Ji, SVP of Marketing at Gazelle. "With no salesperson and no wait – you receive funds, on the spot, for the devices that you no longer use, while simultaneously reducing the scourge of electronic waste."

Gazelle, together with parent company, ecoATM, LLC headquartered in San Diego, has diverted over 19 million devices from landfill in the US. This success has centred around offering a fair price for consumers' pre-owned devices and certifying them for resale, either through the Gazelle.com marketplace, or to wholesale buyers, refurbishers and recyclers.

In preventing so many phones from ending up in landfill, Gazelle has had the equivalent positive impact on the environment as removing over 2,500 cars from the road or planting over four million trees around the world. It is this stellar environmental record, millions of happy customers in the US and a successful pilot scheme in the Midlands, which has led the company to expand further into Europe.

"We have provided this widely popular service to millions of customers in the US for over a decade," said CEO Dave Maquera. "We are excited now to offer the same for customers in europe, while protecting the environment on a global scale."

Device pricing is determined by the model, specific condition, memory capacity and value in the second-hand markets. Each phone is instantly and carefully evaluated using a unique machine vision system, electrical diagnostics, and artificial intelligence system all within the automated Gazelle kiosk.