The new central library is one of the most anticipated public projects in Finland for years, an ambitious attempt to reinvent the library for its population’s future needs. Two days before the opening Oodi, Helsinki’s new central library, its director, Anna-Maria Soininvaara, stands before some of the high-tech equipment that would soon be available for the public to use. She isn’t entirely sure what it all did, she says sheepishly.

The devices include a laser cutter, computerised embroidery machines and equipment to digitally sculpt wood. In one glassed-in area on the building’s second floor, Helsinki residents can repair personal electronic items by 3D-printing replacement parts and soldering them together.

Soininvaara’s uncertainty is understandable: She has worked in the Finnish library system for three decades and is more of an expert on literature than on high-tech engraving, and Oodi – which means “ode” in Finnish – isn’t exactly a normal library. Given its breadth of services, one might be forgiven for wondering whether Oodi should be considered a library at all.

A swooping three-story construction of wood, steel and glass that looks like a ship topped with a layer of ice, the new building, which cost €98m, including equipment, is one of the most anticipated public projects in the country in years. It is an ambitious attempt by one of the most literate and digitally savvy nations in the world to reinvent the library for its population’s future needs.

“Books are important, but it’s not the whole library,” Soininvaara says. She points to Oodi’s recording studios, kitchen, gaming room with PlayStation consoles, and an “immersive 3D space,” a room whose walls can be illuminated with digital projections, available to artists or for corporate presentations. 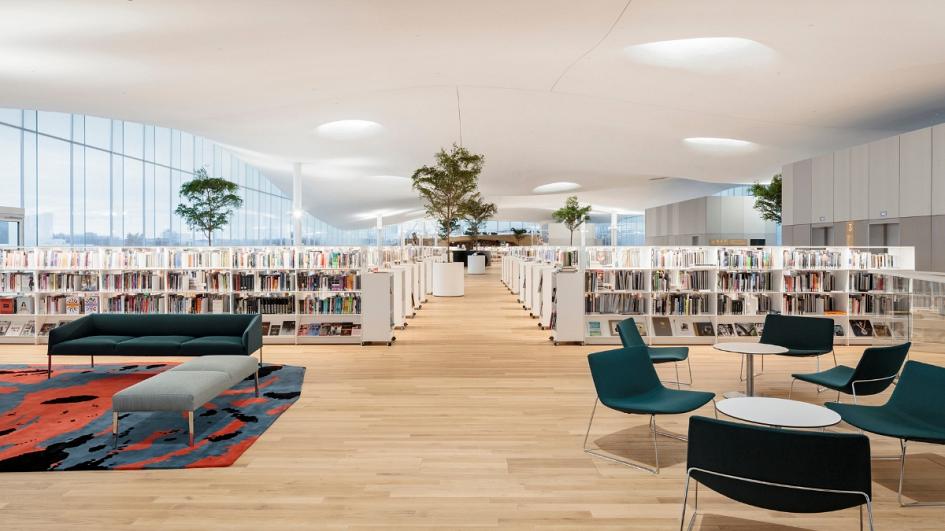 The result of two decades of planning and public consultation, each of Oodi’s three floors was built to fulfill a different civic purpose. Its expansive ground floor, which includes a restaurant, movie theatre, European Union information centre and several areas suited for concerts, is meant for events that encourage Helsinki’s residents to mingle. The second floor, with electronic equipment and workrooms, is for noisy creative activity, and the top floor, an open-plan, brightly lit “book heaven” with rows of white stacks, is a conventional, if inordinately tasteful, reading room.

“We took into account the fact that libraries will always be changing,” says Samuli Woolston, a partner at ALA Architects, the Finnish firm behind the building. “Already, their use is different now from what it was 10 years ago.” New functions, he explains, could easily be accommodated into the building’s design.

Tommi Laitio, the city’s executive director for culture and leisure, says the building and its expansive technological offerings are partly intended as a bulwark against populism. In 2015, the right-wing, populist Finns Party joined a coalition government. Jussi Halla-aho, the party’s leader, once argued that solving Greece’s debt crisis would require a military junta, and he has linked Islam to paedophilia. 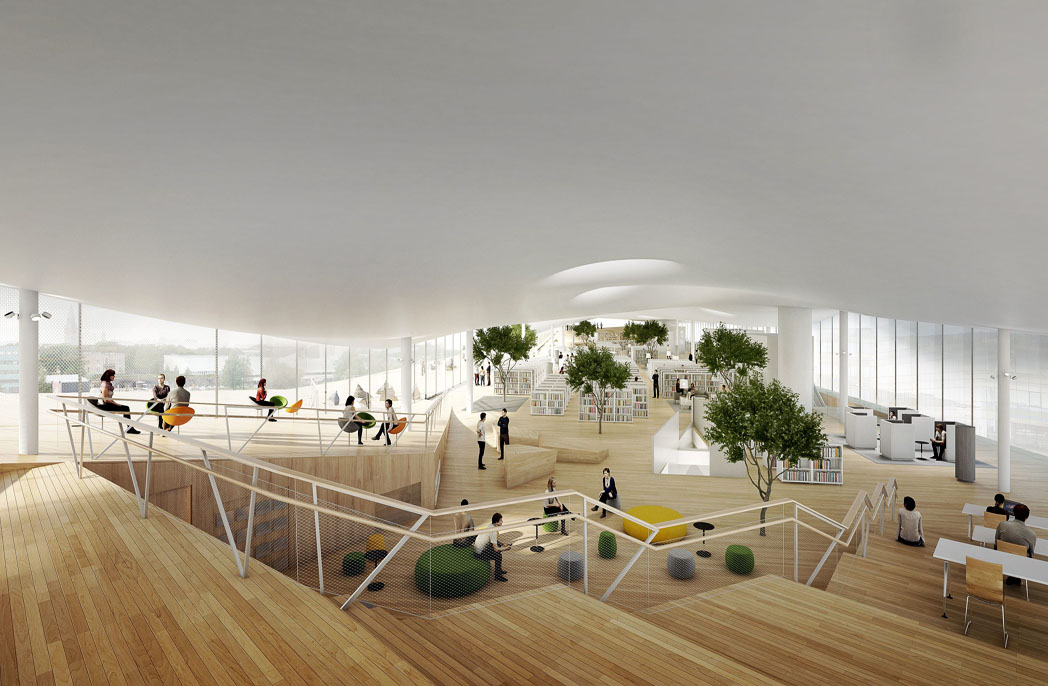 “This is very much a political project,” Laitio says, arguing that threats to democracy across the globe in recent years could be explained partly by people’s uncertainty about technological advances.

Oodi’s high-tech equipment is intended to counteract those fears. “It allows people to experience the future so it doesn’t feel so intimidating,” he says.

Finland’s high-profile investment in the public library system runs counter to trends in the United States and Britain, where many libraries have faced drastic budget cuts in recent years. Last year, a column in The Guardian argued that the cuts to the British system, which increasingly relies on volunteers, had been so severe that “the UK no longer has a national library system”.

Oodi “fits very well into the Nordic story of how societies work”, Laitio says. “There are so few of us here, so we have to make sure everyone can develop to their fullest potential.”

With their generous publicly funded benefits, Nordic countries place a high premium on social integration and education, and, based on 2014 figures from the Institute of Museum and Library Services, the Finnish government spends more than one and a half times as much per capita on libraries as the United States.

The Nordic countries are emerging as leaders in library design. Dokk1, a state-of-the-art “hybrid library” with “maker spaces,” a passport office and a playground, opened in Aarhus, Denmark, in 2015. It was named “public library of the year” by the International Federation of Library Associations and Institutions a year later, and its visitor numbers have grown significantly. 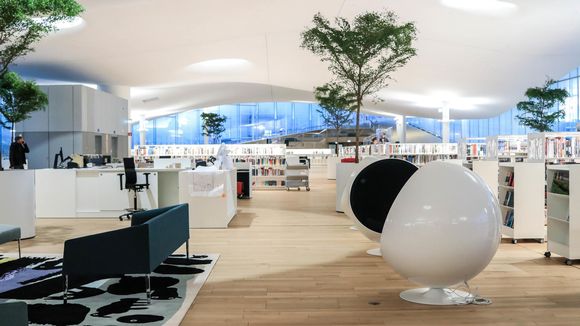 Oslo’s new central library, which is due to open in early 2020 on the Norwegian capital’s waterfront, is expected to include a movie theatre, gaming area and workshop for visitors to use digital equipment.

The Nordic countries have been faster to embrace digital technology than most, and Laitio argues that Oodi points to a way forward for library systems across the world that have struggled with digitisation and budget cuts. The building, he says, is intended for use as a co-working space and a town square, and tries to appeal to a broad range of demographics.

“We have to make sure that libraries aren’t just relevant for people who can’t afford books or a computer,” he says.

Oodi’s architects note that the building’s balcony was built to be at the same level as the stairs to the parliament building across the square, a symbolic gesture to indicate that learning is as important in Finnish society as politics.

“We often think that things like social cohesion or democracy are just words, but in spaces like these they really come to life,” Laitio says. “You need some social infrastructure for communities to work. You can’t build them on friendship, or this abstract idea of living together.”