"The SL1 isn’t trying to compete with the flimsy Photon or with the ultra-pricey Form but instead I want it to be the MK3 of the resin world – have the best print quality, convenient design and features, ease of use and other things, while keep a price accessible for an everyday hobby maker," wrote Prusa. 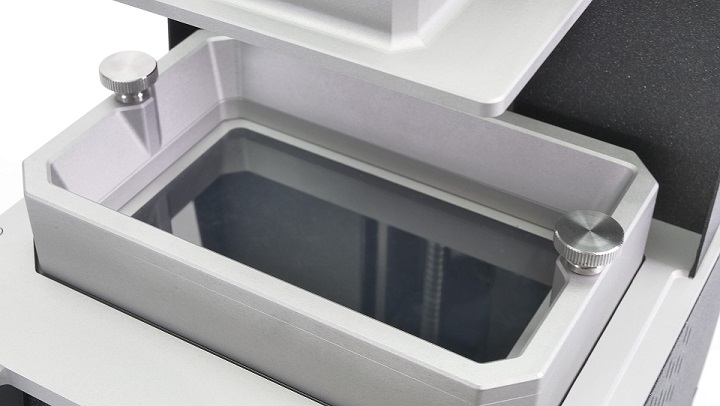 Stereolithography (SLA) is an additive manufacturing process that works by focusing an ultraviolet (UV) laser on to a vat of photopolymer resin. Photopolymers are sensitive to ultraviolet light, so the resin is photochemically solidified and forms desired 3D object, layer by layer. The three main types of SLA processes are Laser-based (laser SLA), Digital-light processing (DLP-SLA) and Masked (MSLA).

Prusa SL1 uses MSLA, with an LED array as a light source in combination with an LCD photomask to shape the light image. Similar to DLP printers, the LCD photomask is digitally displayed and is composed of square pixels. The pixel size varies depending on how the LCD photomask is manufactured, and each pixel is deactivated on the LCD to allow the LED light to pass through to form the resulting layer. Thus, the XY accuracy is fixed (it’s the physical resolution of the LCD) and it does not depend on how you can zoom/scale the lens. That’s the reason why MSLA is more accurate.

In simpler terms, the LCD displays layers as transparent images and the rest of the image (beyond the outlines of the layer) is black, allowing the light to pass only via the transparent layer shape. 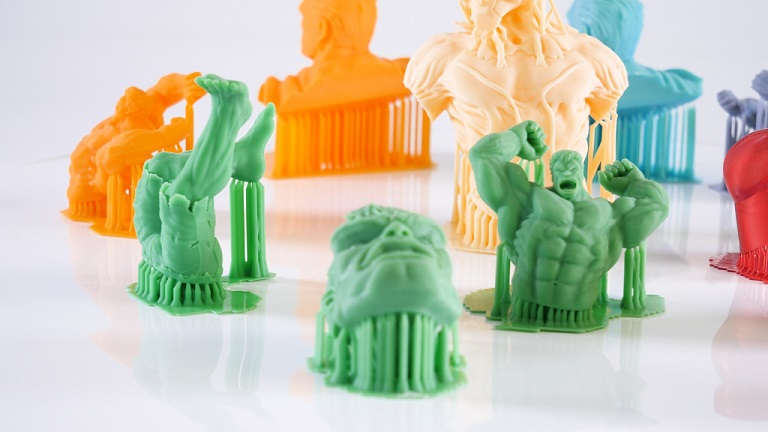 By the way, we are using a pretty smart design for the printer: its core is a rigid dural frame with a separate body, which greatly improves stability and reliability. To put it simply, it’s not another wobbly plastic thing. This thing is HEAVY!

As already mentioned, thanks to Trinamic drivers and rigid dural frame, the SL1 can reach a layer height of just 0.01 mm. But most users should stay within the recommended range of 0.025 – 0.1 mm per layer. And yes, we will also give you the option to enable variable layer height. And rest assured that our printer is open to third-party resins.

SL1 features a unique resin level sensor, which is located in the resin bed (also called ‘tank’). It allows you to pour the optimal amount of polymer into the tank and informs when the resin is running low and requires a refill.

Speaking of the resin tank, it’s another major feature of this printer. What we have here is a removable tank with a flexible transparent FEP film on the bottom. Right underneath it is the LCD display (cooled to improve its lifetime) and the UV light. So, first of all, the resin tank has a motorized tilt function, which means that after curing a single layer, the print is not lifted vertically from the bottom of the tank. Instead, the tank tilts – This is huge, it drastically improves the surface finish of the models and reduces the stress on the model which is less likely to detach from the base. We can do this thanks to our extremely rigid aluminum build of the printer. If the core would be cheap and flimsy, this would just flex the whole printer frame. 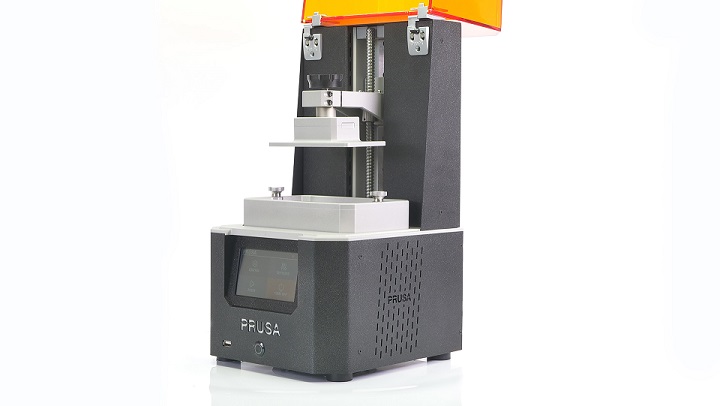 By tilting the tank, the resin is also stirred. According to Prusa, it has noticeable impact on print quality. "It also makes printing faster, allowing us to reach around 6 seconds per layer."

"FEP material is cheap and we will have spare parts available through our e-shop. In case you scratch or damage the FEP film in any way, the replacement is actually pretty easy – just unscrew a couple of screws, remove the damaged film and insert a new one. It will automatically stretch as you tighten the screws again.

"To compare, Form 2 is using resin tanks with silicone instead of FEP and even the resin tank for “high volume” printing “may last 2 liters+” at a price of €99. You have to bin the whole tank after it stops working." wrote Prusa.