Nokia has unveiled its refreshed Nokia 3310 mobile phone on-stage during its press conference at the Mobile World Congress tradeshow, in Barcelona. Hey guys! Yes, the new Nokia 3310 comes with the iconic Snake game.

Nokia unveiled its reimagining of the modern classic on-stage today during its press conference at the Mobile World Congress tradeshow, in Barcelona.

According to Nokia, the refreshed 3310 is “thin, light and incredibly durable”. The Nokia 3310, which first went on-sale in September 2000, achieved its iconic status thanks to its impressive battery life and durable hardware. The mobile went on to become one of the biggest-selling devices of all time. Although, it is still possible to buy an original Nokia 3310 on Amazon, the handset is being sold on the marketplace – not by the company itself. 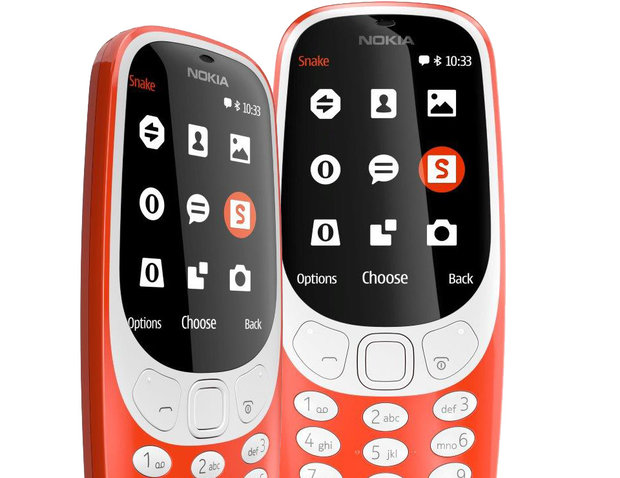 The new Nokia is available in four finishes – Warm Red and Yellow, both with a gloss finish, and Dark Blue and Grey both with a matte finish. Nokia claims the refreshed Nokia 3310 will sell at an average global retail price of €49. Alongside the revamped Nokia 3310, HMD Global also debuted a number of other smartphones.

Chief Product Officer of HMD Global, Juho Sarvikas said: “Nokia phones stir real emotions; people know them for their beautiful design and craftsmanship, together with a built-to-last quality that you can rely on. For the Nokia 3310 we just couldn’t resist. We wanted to reward loyal Nokia phone fans and make a statement that rich heritage, innovation and modern design can go hand-in-hand.”