Two ingenious people are on their way to the South Pole in a vehicle made of plastic waste and powered by the sun in order to prove you can do anything sustainably. In large part due to the effects of climate change as well as dwindling resources, many have been advocating for a zero-waste lifestyle, or at least integrating some zero-waste practices into our lives.

From schemes like converting waste to energy or creating technology that makes chefs aware of the sheer amount of food waste created every day in restaurants, our collective consciousness is being raised. Now, in an effort to promote the concept in a bold, dramatic way, Dutch couple Edwin and Liesbeth ter Velde of the environmental organization Clean2Antarctica will set out on an expedition at the end of this month--November 28th--in a vehicle whose name suggests the grand scale of their project: the Solar Voyager.

And the details of this amazing project are bound to astonish both engineers and environmentalists alike while hopefully inspiring many others to follow their sustainable path. 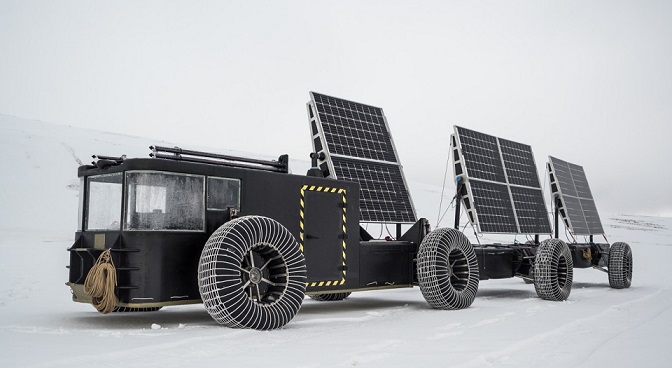 The Solar Voyager itself is made from upcycled plastic parts which were 3D-printed, and the vehicle is also solar-powered. 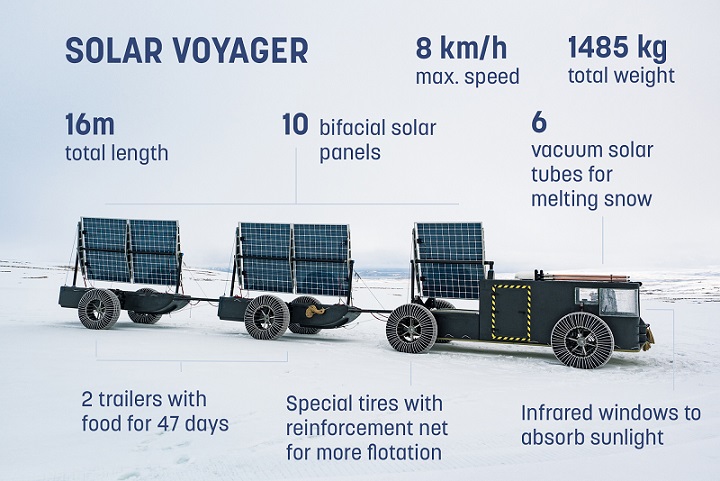 The pair expect for the trip to last only 30 days, starting at their base camp in Antarctica and ending at the South Pole. The ter Velde's have been testing out their clothing--and the crew the cameras which will be used to document their journey--as well in preparation for the rapidly approaching trip.

The couple successfully sat inside a freezing unit for where temperatures dipped down to -20°C under the watchful eye of thermo-physiologist professor Hein Daanen, who added, "They could sit here for hours."

Edo Landwehr, who will film the expedition, reported that the smaller cameras performed well, but the larger ones need a bit more tweaking to be ready: "One of the bigger cameras we took into the freezer started acting weird after only 15 minutes. The screen where you can see what you're filming began to flicker and sometimes turned off completely."

One day we will look back on this landmark trip with the same admiration and sense of inspiration that we hold for the astronauts who took the first step on the Moon. Though by no means on the same scale, they are both examples of brave individuals showing us a vision of the future. 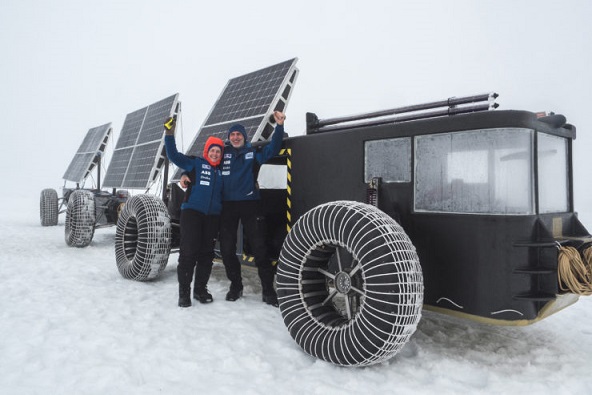 The thinking behind the project is best summed up in the words used to express their mission:

"If driving to the South Pole on solar power was our ultimate goal, we would still be proud of our mission because no one has ever done it before and the technology we developed can become a prototype for Antarctic research drones. However, it's not about technology but about starting experiments and discovering what's possible with waste. To reach a circular society, we need to start doing things differently. Our expedition is an example how far you can get when you simply start doing things differently instead of talking about abstract solutions."