Stan Lee’s life story is better than any comic book

Heroes aren’t born, they’re made — and he’s in large part the one who made them. Marvel Comics elder statesman Stan Lee didn’t just dream up some of fiction’s greatest heroes, he rewrote popular notions about what a hero can be, and in doing so, etched the pulp medium indelibly into the American zeitgeist.

On Monday, Lee’s own story ended when he died at age 95.

“It’s the passing of the ambassador of comic books — the celebrity of the whole art form and somebody who has been the spokesperson for comic books for many decades,” lamented Sean Howe, author of “Marvel Comics: The Untold Story.” Lee dedicated nearly 80 years of his life to the craft, co-creating legendary characters like the Fantastic Four, Spider-Man, The Hulk and Black Panther — who all leaped off the page not just because of their superhuman abilities, but for their humanizing character flaws.

“That’s what any story should have, but comics didn’t have until that point,” Lee told The Washington Post in 1992. “They were all cardboard figures.” The consummate world-builder spent decades trying to convince Hollywood that his co-creations were perfect fodder for the screen — only to be vindicated in his twilight years by comic-book movies’ total box-office domination, with Marvel Cinematic Universe films alone grossing more than $17 billion over the past decade. Along with fellow writer and illustrators, “Stan began building a universe of interlocking continuity, one where fans felt as if they could turn a street corner and run into a superhero,” Marvel said in a statement on Lee’s passing. 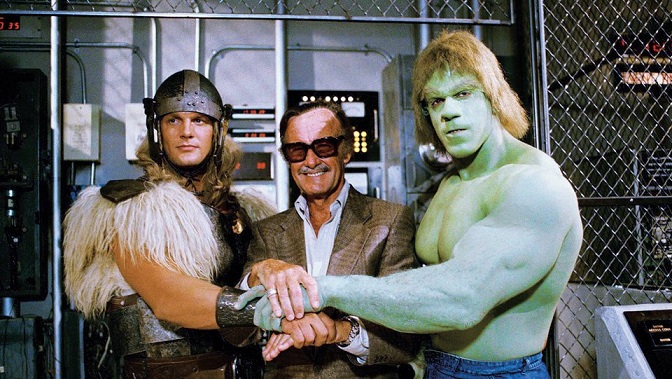 “A rich collection of characters grew out of his nonstop plotting sessions with his artists. Today, it would be almost impossible to find a corner of the Marvel Universe that Stan didn’t have a hand in.” Like some of his heroes, Lee rose from humble beginnings.

Born Stanley Martin Lieber to Romanian immigrants in 1922, Lee grew up in Harlem and The Bronx.

He developed a love for the fantastic early on, voraciously consuming adventure novels, the swashbuckling films of Errol Flynn and works by the original master of pulp, William Shakespeare — all of which would later inform his heroes. While his family struggled through the Great Depression, Lee bore witness to the golden age of Hollywood while wearing a movie-theater usher’s uniform, according to Howe. Decades later, he would grace the screen himself — as part of the massive film empire built from heroes he helped create. He graduated from DeWitt Clinton HS in The Bronx at 17 in 1939, aspiring to become a serious novelist — but his story took a much different arc. Lee’s first break came when relative Martin Goodman offered him a gig at his Timely Comics. His first day on the job happened to be the same day that the first issue of “Captain America” — one of few Marvel properties Lee didn’t have a hand in creating — rolled off the presses, according to Howe. 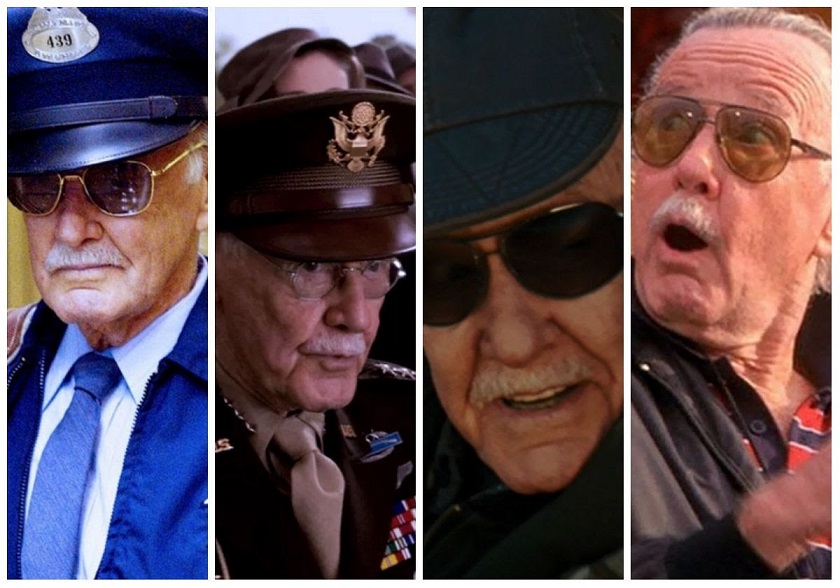 Lee started out as “do-boy,” fetching coffee and keeping ink wells topped off for the staff. Within two years, he was named editor. In 1942, with his comics career unfolding before him, Lee answered the call to become a real-life hero and enlisted in the US Army just weeks after the attacks on Pearl Harbor, according to information from the US Army. Lee spent time at the Army Training Division in Astoria, Queens, and briefly worked as a lineman in the Signal Corps, before Uncle Sam recognized his prowess as a scribe and put him to work as a technical writer. “We are deeply grateful for his service to our country and for his tremendous support to service members. #Excelsior!” the US Army tweeted Monday, a nod to Lee’s signature sign-off in countless Marvel Comics letters pages. When Lee returned from the service, he resumed his position as editor and mounted his own campaign for comic supremacy. It was an uphill battle — and Lee would have to weather a downturn in the industry before he could build up Marvel. 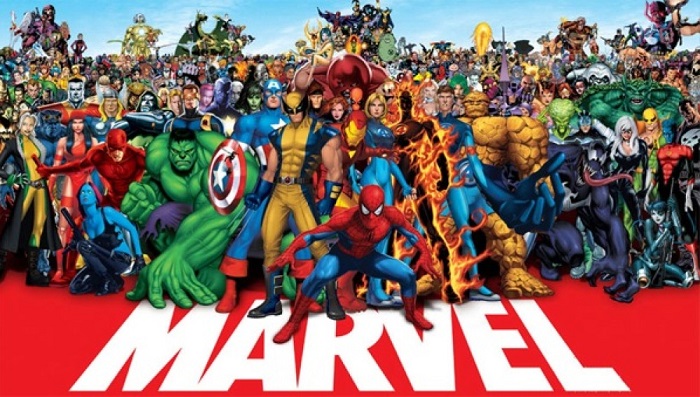 The hunger for jingoistic superheroes such as Cap waned in the years following World War II, and a moral panic over comics settled on the nation, prompting comic-burnings at churches and a 1954 US Senate Judiciary Subcommittee investigation blaming the medium for juvenile delinquency. Timely Comics dwindled, and Lee was one of a handful of employees relegated to a far-flung corner of the Empire State Building, where the publisher kept its offices. “Stan Lee, in the late ’50s, was pretty much running the show by himself in a corner desk, because the industry had mostly collapsed,” Howe said. In 1961, everything changed, and as Howe proclaimed, “Marvel staged its great superhero revival.” Timely changed its name to Marvel — and found its new money-maker: The Fantastic Four. As the story goes, Marvel saw the success rival National Periodical Publications (the future DC Comics) was enjoying with its ‘Justice League team of heroes, and ordered up its own group. Lee and veteran illustrator Jack Kirby delivered The Fantastic Four — a quartet of bickering heroes whose competing motivations created imperfect characters that resonated with readers. The mix of grounded-on-earth characters with out-of-this-world powers proved a winning combo that Lee would revisit in nearly all the heroes he helped craft. While DC Comics’ Superman lived in the fictional Metropolis, Lee’s creations lived in New York City. Peter Parker, for instance, went to high school in Queens. Then there was Ant-Man’s quest to avenge his political dissident wife — and the outcast X-Men’s commitment to protecting a society that spurned them. In 1962 alone, Lee, Kirby, Lee’s brother Larry Lieber and artist Steve Ditko would collectively create iconic heroes Spider-Man, Ant-Man, The Hulk and Thor.

A year later, Iron Man, the X-Men, Dr. Strange and the Avengers were born, and Marvel was riding high. “He was almost 40 when Marvel became a real success — where he would admit to people at parties what he did for a living,” Howe said of Lee. Under his leadership, the company embraced the so-called “Marvel Method,” where Lee gave broad story outlines to artists, who would then return fully drawn pages for Lee to fill in with text. The method streamlined the production process, but later raised serious questions of authorship. “With Marvel, the artist functioned more like a film director, because they would figure out what to give emphasis to, deciding what story to be,” Howe said. Over the years, a bitter rivalry between Kirby and Lee emerged over precisely who deserved credit for Marvel’s beloved roster. “People often either want to give Stan Lee all the credit or they want to take it all away from him,” Howe said. “To some extent, Stan Lee should have shared a little more of that credit — and to some extent, it wasn’t Stan Lee denying Jack to the extent that it was the structure of an industry.” Either way, the Marvel juggernaut marched on. And despite success, the comics industry continued to test Lee. “He had a brief moment of doubting comic books in the early ’70s — he actually gave a talk where he said he would encourage people to go into other fields,” Howe said.

“He got the job as Marvel’s publisher [in 1972] and you never heard him say that again.” By the 1980s, Lee was looking west, and he moved to Hollywood to begin a seemingly quixotic, decades-long push to get comics onto the big screen. “It wasn’t until the late ’90s that Marvel really had a hit movie, and he’d been out in LA since 1980,” Howe said.

The persistence paid off.

After aborted attempts at big-screen versions of Captain America and The Fantastic Four, Marvel found its breakout Hollywood hero in an unlikely place — vampire-hunter Blade in 1998. While he wasn’t one of Lee’s creations, the character played by Wesley Snipes paved the way for the modern, interconnected Marvel Cinematic Universe, inaugurated by 2008’s “Iron Man” starring Robert Downey Jr. That film world would go on to be populated not just by Lee’s c-creations, but by Lee himself. He fashioned himself in the public eye as a sort of comics ambassador, and his regular cameos in the Marvel films endeared him to a new generation. “He’s somebody who’s been right at the forefront of bringing in new readers. I never thought I’d see him rise to such exalted status,” Howe marvelled. “You could almost argue that at this point, Marvel has changed Hollywood more than it’s changed comics.”