While 3D printing has certainly hit the mainstream, industries of all sizes have been using the technology to their benefit due to greater affordability, self-sustainability in creating as the middleman can be eliminated, speed in turnaround for projects—and the ultimate, as objects and projects can now be created that were not thought (or even thought of!) possible previously.

The Irish research team focuses mainly on the benefits of CNC systems, along with using ISO standards for error assessment (namely, the ballbar method in ISO 230-4). In detailing basic error compensation models, the researchers hope to contribute to new standards for manufacturing, and more specifically medical devices. They used the Ultimaker Original for experimenting with kinematic error modeling and compensation due to its simplicity and affordability for users. For assessing errors both before and after compensation, the team used a Renishaw QC10 Ballbar in machine calibration.

“The experimental program set out to investigate the geometric errors of the Ultimaker Original 3D printer and the response of the system to compensation for detected errors modeled to include squareness, scale, and backlash,” stated the researchers. 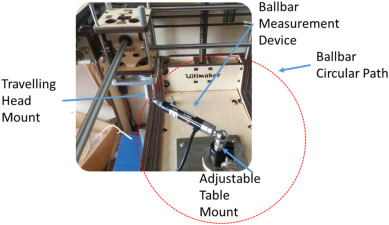 Regarding further assessments for this project, the researchers state:

“Kinematic machine errors are errors concerned with the kinematic structure of the machine. This model represents the errors of the kinematic chains that provide a representation of the effects of the errors on a given print path. These errors, which include axis alignment, axis straightness, yaw, pitch, roll, offset of center of rotation, and offset errors, can be predicted or measured directly through machine error assessment methods such as the ballbar used in this study.”

The researchers also applied backlash compensation as designated by specific algorithms examining the tool path. Compensation can only be either ‘on’ (with an offset applied) or ‘off’ (also applied along the toolpath). Overall, the experiment was successful as the ballbar was extremely precise, requiring only one test. With application of relative error compensation, the researchers noted the ‘desired result,’ along with suggesting that this model and methods could be used in other systems with Cartesian linear axes configurations.

“The approach presented here allows for rigorous tuning in a systematic and thorough manner either periodically or during the initial machine manufacturing,” stated the researchers. “The ballbar method itself can be used for frequent checking of the 3D printer’s accuracy, precision, and consistency during the manufacturing process and the machine lifetime.” 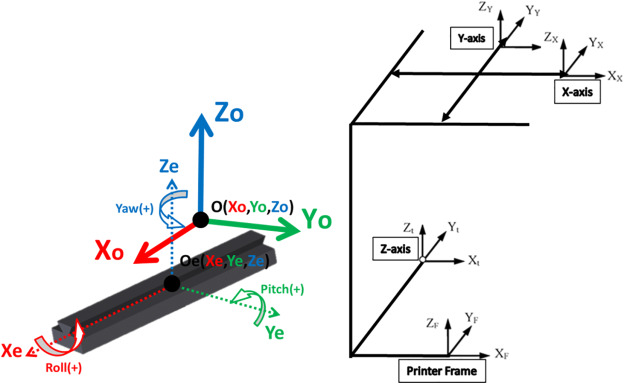 In conclusion, the research team points out that greater standards are needed to encourage consistent quality in 3D printing—and especially for medical devices.

“Higher accuracies on these low-cost systems, as controlled and tested by standardized methods such as from ISO or ASTM, enables the impact and functionality of produced components to improve considerably,” concluded the researchers.