Researchers from the University Cork College are experimenting with the structure and texture of 3D printed cheese, with intriguing results.The rise of 3D printed food has allowed culinary-minded people to reshape and reinvent some of their favorite edible arrangements. From pizza to cake, 3D printing is increasingly used for artistic and sustainable purposes.

But how does the printing process affect the chemical and physical makeup of food?

A team of researchers from University College Cork in Ireland decided to take an in-depth look at the impact that 3D printing has on the structure and texture of cheese. Their findings, recently published in the Journal of Food Engineering, show some interesting changes once processed cheese undergoes the extrusion.

Changing the Structure and Texture of 3D Printed Cheese

First, the scientists melted down the processed cheese material so it could be used in a modified 3D printer. Using both fast and slow print speeds, the cheese was extruded into cooled cylinders and refrigerated. 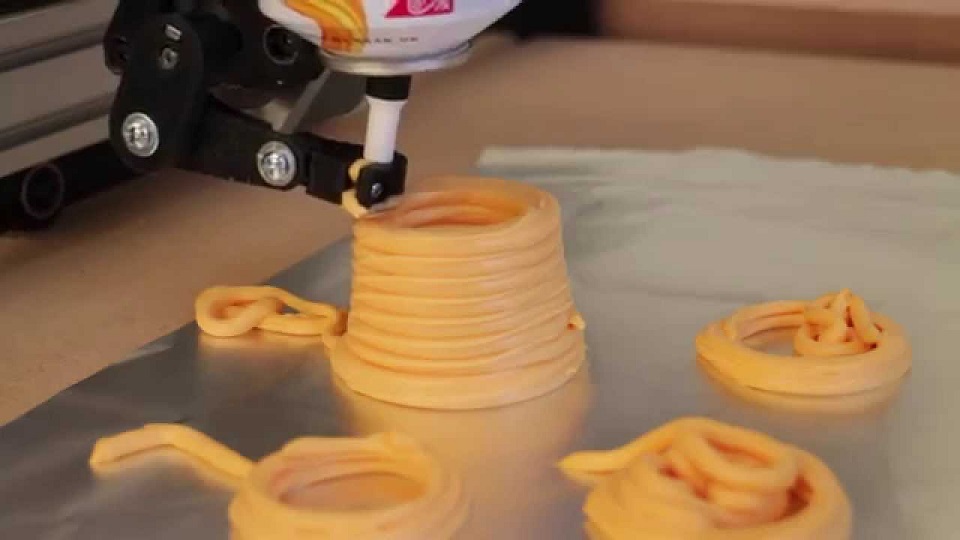 After a 24-hour refrigeration period, the research team took the printed cheese out to check the texture and chemical structure.

For starters, the printing processes made the cheese softer and darker in color compared to the melted and unprocessed versions. They discovered that the faster printing process resulted in a cheese color that had a blue tinge. On the contrary, the slow printing speed created cheese that resembled the yellow color of untreated cheese.

Once printed, the cheese became much easier to remelt, which the scientists possibly attribute to weakened proteins. According to their research, the cheese samples became up to 49 percent less hard, and exhibited a higher degree of meltability.

As the oils within the 3D printed cheese rose to the surface, it became less sticky as well. All in all, processing the cheese for 3D printing led to significant changes in both texture and structure.

The University Cork College research could lead to further applications involving modified structures of food and dairy products. But, the scientists didn’t taste test the printed cheese samples, so the impact on flavor remains to be seen.

Looking for more interesting experiments that will make your stomach rumble? Check out this hilariously awesome video of the Easy Cheese 3D Printer creating “The Leaning Tower of Cheeza”.