Magic Leap, the World’s Most Secretive Startup is now a bit less secretive. Magic Leap has finally revealed its first product theMagic Leap One™. This U.S. based company created an incredible head-mounted virtual retinal display, able to study the photons in the enviroment and superimpose 3D computer-generated imagery over real world objects, by projecting a digital light field into the user's eye.

This is just the first step to a new, hoping bright, era. Day one as they call it on their website, and at Wittystore, we truly believe and like the idea that our next future is going to be dominated by devices like the one developped by Magic Leap, technologies that will allow us to live a new world, made by a mix of digitally created items and physical items, the so called "mixed reality".

Magic Leap is probably going to open the door and bring our visual experience to another level.

It’s the Matrix, a reality of such convincing verisimilitude that you can’t tell if it’s fake. It will be the Metaverse in Neal Stephenson’s rollicking 1992 novel, Snow Crash, an urban reality so enticing that some people never leave it. It will be the Oasis in the 2011 best-selling story Ready Player One, a vast planet-scale virtual reality that is the center of school and work. 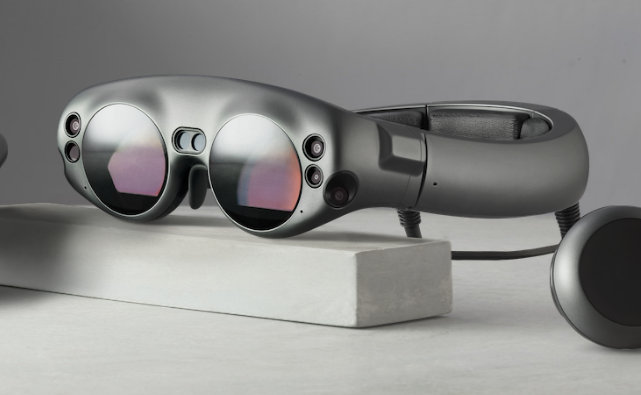 Although every environment is partially or totally fake, the experiences in it are genuine.

VR and MR do two important things: One, they generate an intense and convincing sense of what is generally called presence. Virtual landscapes, virtual objects, and virtual characters seem to be there—a perception that is not so much a visual illusion as a gut feeling. That’s magical.

But the second thing they do is more important. The technology forces you to be present—in a way flatscreens do not—so that you gain authentic experiences, as authentic as in real life. People remember VR experiences not as a memory of something they saw but as something that happened to them.

Magic Leap was founded by Rony Abovitz in 2010 and has raised $1.4 billion from a list of investors including Google and China's Alibaba Group. In December 2016 Forbes estimated that Magic Leap was worth $4.5 billion.

The CEO, Rony Abovitz prior to starting Magic Leap, was the co-founder and head of development and technology for MAKO Surgical, the world leader in human-interactive robotics for orthopedic surgery. Rony was named a Technology Pioneer by the World Economic Forum for his work on computer-assisted technologies for minimally invasive surgery. He holds a B.S. in mechanical engineering and a M.S. in biomedical engineering from the University of Miami. For this reason Magic Leap, different from what you can expect, is not located in Silicon Valley but in suburban Florida.

The company has revealed its first product, Magic Leap One™, Creator Edition, on December 20th, 2017, while shipping it is scheduled to start in 2018.

Magic Leap One is adding another dimension to computing. Where digital respects the physical. And they work together to make life better. Magic Leap One is built for creators who want to change how we experience the world.

Even if the shape it is not defined. It's a powerful, lightweight, wearable computer that uses a combo of Digital Lightfield® technology, visual perception and machine learning to let you interact with digital content in the real world.

Be prepared to put your smarthphone aside to embrace a totally new experience.